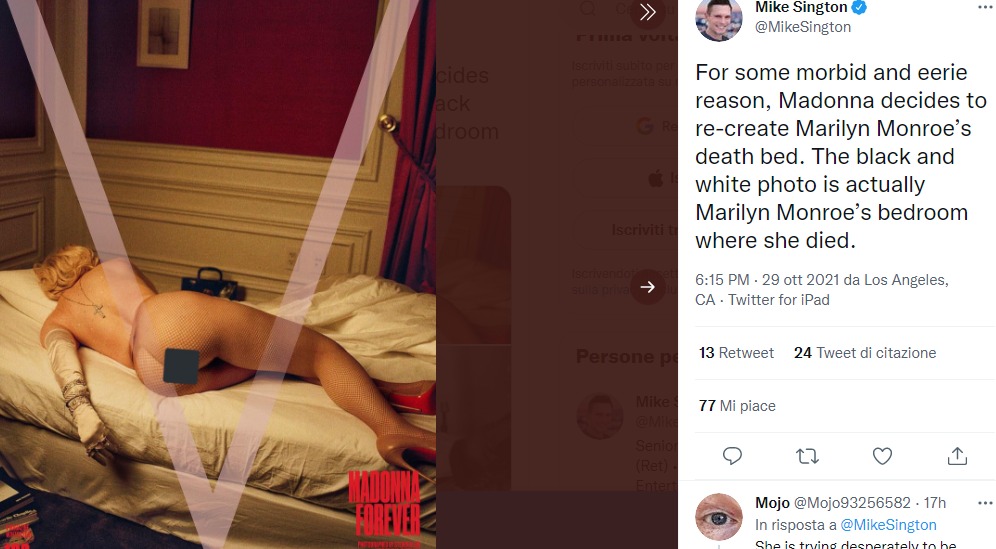 M: It’s interesting because peace is subjective. The way people think about the pandemic, for instance, that the vaccination is the only answer or the polarization of thinking you’re either on this side or the other. There’s no debate, there’s no discussion. That’s something I want to disturb. I want to disturb the fact that we’re not encouraged to discuss it. I believe that our job is to disturb the status quo. The censoring that’s going on in the world right now, that’s pretty frightening. No one’s allowed to speak their mind right now. No one’s allowed to say what they really think about things for fear of being canceled, cancel culture. In cancel culture, disturbing the peace is probably an act of treason. We could start right there, and then we can just talk about our work as artists.

M: I mean, the only thing that I’ve heard recently that has inspired me is Kanye’s record Donda. There are very few artists that are working toward failure. And I feel like he is.

M: Totally. I can’t say that I agree with all of his politics and the way that he thinks of women, or unmarried people having sex, or the gay community. But his work is on the razor’s edge, and it’s inspiring and it’s rare. Everybody was waiting so long for his record to come out and then finally when it came out, everybody else’s record came out, too. And he still stood out.

M: I was conflicted about that, but, like I said, I have to pay attention to the message, not the messenger. That’s important. Listen to the teachings. Don’t get caught up in the teacher, what the teacher’s doing. I mean, if you want to get down to dissect the character, look at the way Martin Luther King lived his life. You know, he was a Christian, God-fearing man preaching about morals and values and family. And he had mistresses everywhere. And definitely, not living up to the image that he was presenting about himself, but does that take away from what he did for the world and how he sacrificed his life and how he was willing to work to failure, the ultimate failure, which is death by assassination? No.

M: I don’t even think about my age, to tell you the truth. I just keep going. Even when I performed almost my entire tour in agony, I had no cartilage left in my right hip, and everyone kept saying, “You gotta stop, you gotta stop.” I said, “I will not stop. I will go until the wheels fall off.”