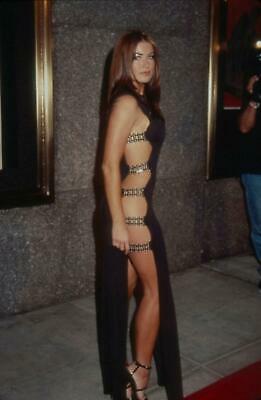 “And at the time, it was shocking,” . “People were kind of like, ‘Whoa, what is that? That’s too sexy. We need to tone that down.’ Now everyone’s wearing cutouts and being creative with that.”

“We were always experimenting, doubling [false] lashes, cutting,” she explained. “I mean, this is the early ‘90s. Nobody was really wearing them. So it was kind of like my special thing. I continued to wear them through the ‘90s, whenever I could. That was the real me.”

“I mean, honestly, when I went to the grocery store, I had lashes on,” Electra told the outlet. “Going to Bed, Bath and Beyond in latex. Latex and lashes. That was the ‘90s for me.”