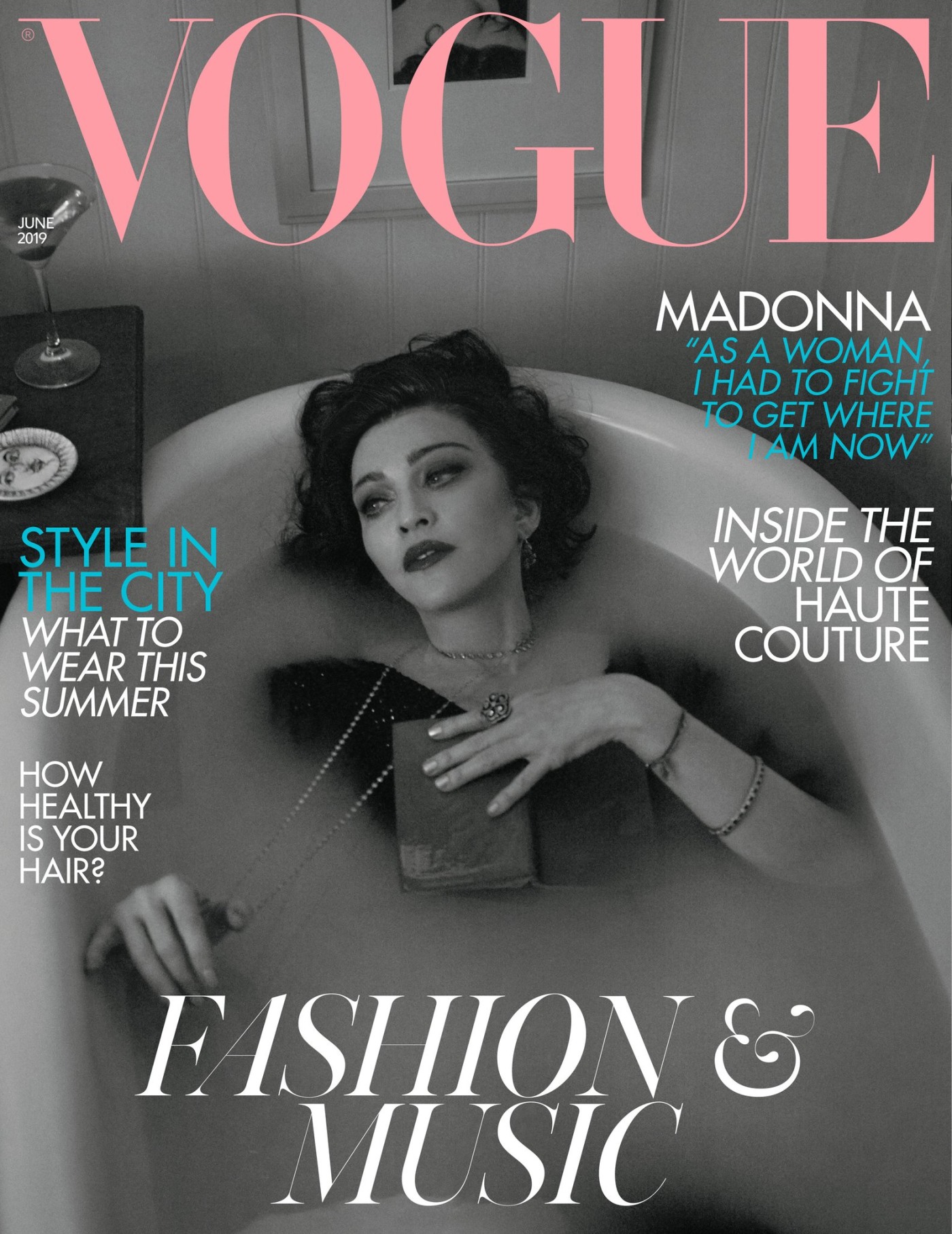 LA gente cercava di silenziarla. “People have always been trying to silence me for one reason or another, whether it’s that I’m not pretty enough, I don’t sing well enough, I’m not talented enough, I’m not married enough, and now it’s that I’m not young enough. So they just keep trying to find a hook to hang their beef about me being alive on. Now I’m fighting ageism, now I’m being punished for turning 60.”

Lady Gaga : “People got very excited about [the thought of Lady Gaga and myself as] enemies, when we never were enemies.”

nessuna donna l’ha mai supportata. “There are no living role models for me. Because nobody does what I do. And that’s kind of scary. I can look back at women who I think were great and amazing – freedom fighters, like Simone de Beauvoir or Angela Davis – but they didn’t have kids. Being a single parent of six children, I continue to be creative and be an artist and be politically active, to have a voice, to do all the things that I do. So I mean, there isn’t anybody in my position.”

no cellulare per david. “I’m going to stick that one out for as long as possible, because I made a mistake when I gave my older children phones when they were 13. It ended my relationship with them, really. Not completely, but it became a very, very big part of their lives. They became too inundated with imagery and started to compare themselves to other people, and that’s really bad for self-growth.”

tral’altro david è il suo preferito. “What he has more than anything is focus and determination. I’m pretty sure he got it from me. He’s the one I have the most in common with. I feel like he gets me; he has more of my DNA than any of my children so far. Let’s see what happens – it’s still early days for everyone.”

invece, lola..: She “is insanely talented. I’m green with envy because she’s incredible at everything she does – she’s an incredible dancer, she’s a great actress, she plays the piano beautifully, she’s way better than me in the talent department. But she doesn’t have the same drive, and again, I feel social media plagues her and makes her feel like, ‘People are going to give me things because I’m her daughter.’ I try to give her examples of other children of celebrities like Zoë Kravitz, for instance, who have to work through that ‘Oh yeah, you’re the daughter of…’ – and then eventually you are taken seriously for what you do. You just have to keep going. But does she have the same drive that I have? No. But she also has a mother, and I didn’t. She grew up with money, and I didn’t. So everything is going to be different. But what can I do? I can’t fixate on it. I just have to do my best.”